I have been doing some work on a Nissan Pulsar, a rather special one :)

I have sorted the quick shift gear linkage as the kit supplied didn't fit, the center ball pivot was too large so I made a left and right lathe tool and shrunk it down to fit, the pivot was also wrong and they suppled a bolt that was too long and would catch on the casing. I used some plastic bar and made a new pivot using the original bolt. 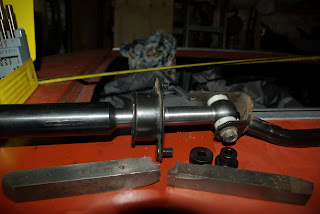 Same car also gave problems with the front wishbones. The plan is to fit Poly bushes to tighten things up in the handling department.
My customer had taken the new wishbones to a couple of other engineering companies and they had failed to remove the original metalastic bushes, ruining one of them in the process :/
So after a little thought I started on the lathe...
I found a suitable lump of steel in the shape of an old cam belt sprocket so set about turning it down.. 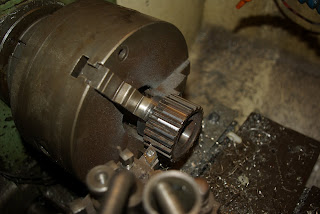 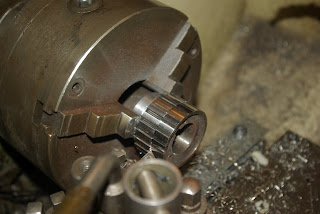 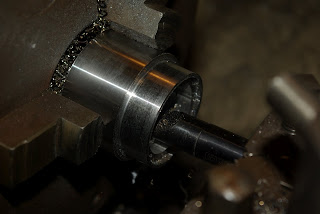 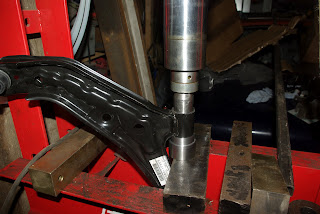 and it all resulted in this 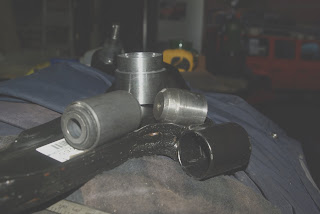 Just going to add some decent tack welds along the edge to stiffen the wishbone and then the polys can be fitted.