yes I know I am a slacker :)
We actually made it in time for Beach Party 6, all up and running, looking as tidy as we can be at the moment and even managed an MOT by using the chassis number :) 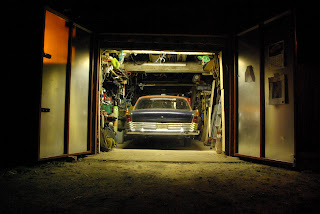 We have had some conversation with 2 good guys ar Bristol DLO but unfortunately even they were unable to get DVLA swansea to sort a registration out for us so the beach party was done via trailer :/ 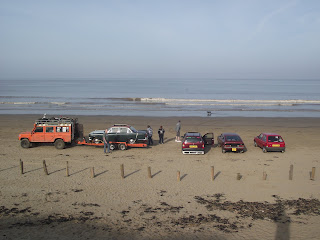 Certanly didn't stop us celebrating with some Champers :) 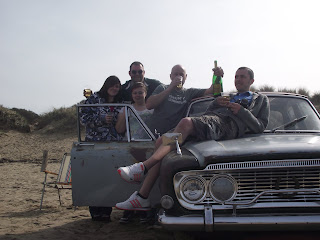 We drove it around a bit and found it suffers from fuel vapourisation, going to make a plastic insulator and a heat shield in the near future :) 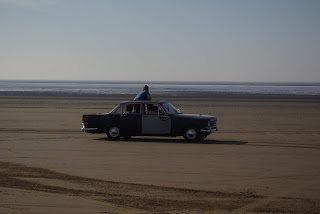 One man who was particularly happy was Mr Damaged, his father used to run the MK3s when Bri was a nipper and he never got to drive one, until now :) 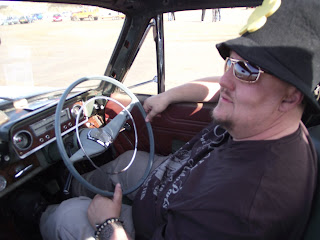 When we have a reg number he will get a proper go :).