I bought a 65 Zephyr a bit back and soon after went to look at another for spares, he wanted too much as it was incomplete so I left it.
Then out of the blue he contacted me, he had sold to another guy but the courier company arrived and refused to take it as the passenger side strut was not attached so they couldn't drag it on the trailer. 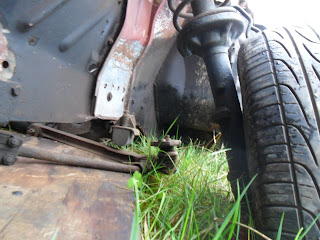 So still having it sometime later and knowing I had seen it and knew what to expect he offered it at a lower price, I offered less again which he accepted so plans made we set off with a lot of kit including a strut from mine :) 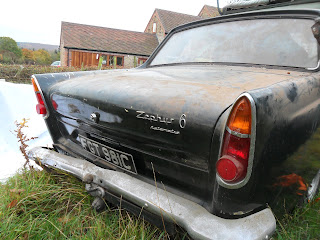 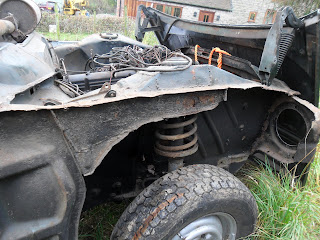 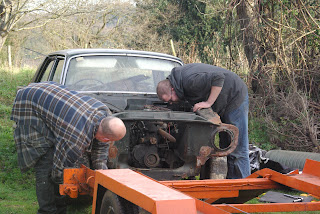 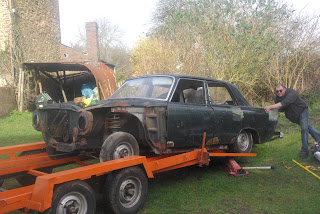 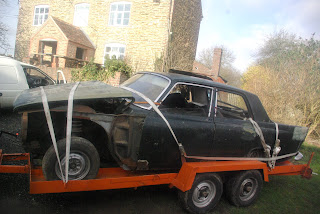 Safely loaded and now nestling in my care :)
Posted by grunty at 13:16